Kristina Hanses is a singer, songwriter and dancer.

When the album “It’s My Heart” was released by La Tempesta Dischi in the spring of 2018, the duo had toured Europe extensively since 2013. They performed at the world biggest music festival SXSW and as support act for Mando Diao ́s tour 2014 and also for one of Tove Lo ́s shows.

The album was well received and the singles “In the Morning” and “It’s my Heart” rotated on radio stations in Italy and Germany. In Sweden, In the Morning was hailed by Dagens Nyheter’s music editors.

As KEJH, Kristina is now back with the single New Self. New Self is a song about the fight and struggles in life, the losses and the constant fight within yourself. The sadness to lose someone you love or the battle to keep your sanity. I wrote this song when I was afraid that my mother was going to die and I was scared of who I would become without her. It’s a song about finding yourself over and over again in new circumstances through life. How to deal with those realities and facing life’s fears through love, insight, vulnerability, and ambition. 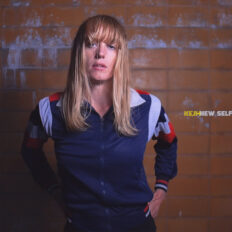 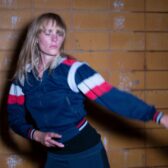 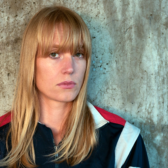