Sebastiano De Gennaro: Sebastiano De Gennaro graduated in percussion instruments at the Giuseppe Verdi music conservatory in Milan. He furthered his studies with Dutch percussionists of the Royal Concertgebouw at the music conservatory in Amsterdam. He has collaborated with Francesco Dillon, Terry Riley, ADM Ensemble, Azio Corghi, Dario Buccino, Frédéric Xavier Liver. Sebastiano De Gennaro has also collaborated with Daniele Silvestri, Baustelle, Vinicio Capossela, Calibro 35, MEG, Nada, Ghemon and many others. He has recorded on more than seventy records and he founded – together with Enrico Gabrielli and Francesco Fusaro – the anticlassical record label 19’40”.

Enrico Gabrielli: Enrico Gabrielli graduated in clarinet and composition at the Giuseppe Verdi music conservatory in Milan. He is a very well known Italian arranger and multi instrumentalist. He is a member of Calibro 35, The Winstons and Mariposa. He has collaborated with PJ Harvey, Mike Patton, Damo Suzuki, John Parish, Daniel Johnston, Steve Wynn, Muse, Daevid Allen, Haldous Harding and many more. He’s the composer of the score of two Netflix italian dramedy “Ancora più bello” and “Sempre più bello” and the tv series “Blanca” with Calibro 35.

Olivier Marguerit: A gifted musician, proficient on many instruments, Olivier Marguerit has been a constant presence on the French pop scene for the last decade. His first two albums have seen much applause from media and fellow musicians alike. His luxuriant arrangements, personal lyrics and enthralling melodies have placed him as one of the most exciting French artists. Olivier Marguerit also successfully composes music for cinema, as seen recently in numerous movies, from ‘Diamant Noir’ (director: Arthur Harari) and ‘Le Lion Est Mort Ce Soir’ (Nobuhiro Suwa) to ‘Garçon Chiffon’ (Nicolas Maury).

Andrea Poggio: In 2003 Andrea Poggio founded Green Like July, a group with whom he recorded three albums, all well received by both public and critics. During the Green Like July years, Andrea focused on analytical studies of American traditional music and on an active collaboration with producer AJ Mogis, associated with the vast music scene around Saddle Creek Records. Since 2014, when Green Like July project came to an end, Andrea Poggio embarked on a solo career and begun to write in Italian. His first solo album “Controluce” was recorded by American producer Eli Crews (tUnE-yArDs, Yoko Ono, Deerhoof) and it’s a lyrical and musical treat for those who appreciate elegant and sensitive narratives of everyday life tied up with original, synthetic sound.

Gak Sato: Gak Sato lives and works between Milan and Tokyo. He is a composer, dj, thereminist and sound artist. In 1993, he founded the band diet music, whose tracks were included in the compilation Multidirection 2 (1995 Brownswood/Talkin’ Loud). From 1998 to 2008, Gak Sato was the artistic director of Right Tempo Records (a jazz and funk label known for its reissues of, among the others, Piero Umiliani and Piero Piccioni). He has published 4 original albums and various remixes and he’s related to the production of over a hundred records. 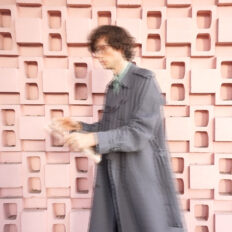 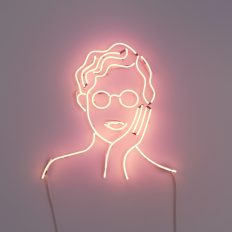